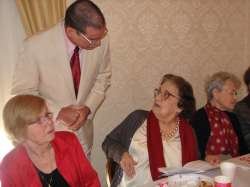 MUSCATINE, Iowa — It’s been 20 years since the death of her husband, Dwight, but Earline Creed said she still feels his absence — especially on days like Valentine’s Day.

“Everybody says that it will get better, but on our anniversary, holidays, birthdays — I’m missing him. He’s always there,” said Creed, 85, of Grandview. “That’s why I’m happy to be here enjoying this nice meal with all these friends.”

Creed was one of about 120 widows to enjoy a free lunch and entertainment during the 15th annual Widows Valentine Luncheon Monday at the Geo. M. Wittich-Lewis Home for Funeral & Cremation Services in Muscatine.

Guests journeyed to the luncheon from Letts, Columbus Junction, Riverside and Lone Tree. Out-of-towners arrived by limousine, provided by the funeral home.

“I think this is a nice event,” said Creed’s friend, Sharon Snyder, 63, of Muscatine, whose husband, Tom, died in 2007. “I hesitated coming because I thought it would be sad, but it isn’t at all.”

After being entertained by the Muscatine quartet, Three Guys with Soule, guests retired to a dining room for lunch.

While they chatted, the widows were served by funeral home employees festively attired in red bow ties.

“This funeral home does a lot of after-care events,” said funeral director Kirsten Hogan, 25, an event organizer who attended with her 4-week-old daughter, McKenna. Those after-care events include grief support and other outreach efforts.

“But nothing as big is this luncheon,” Hogan said.

Funeral home owner Stacy Lewis said the event has grown every year because it gives the women, some of whom are “suddenly single,” the opportunity to stay connected.

“Our society is a couple’s society,” Lewis said. “What do we do with singles? Sometimes they drift. This is the opportunity to make connections and reconnections.”

“This is a special time for these ladies,” said funeral director Eric Snyder. “They have all lost a husband and this gives them the chance to be with other ladies in the same situation.”

It also gave them the chance to take home door prizes, including table centerpieces and other Valen-tine’s Day-related gifts.

For a grand finale, Jerry Armstrong, 50, a vocal impressionist from Marseilles, Ill., offered the crowd songs made famous by the Rat Pack — Frank Sinatra, Dean Martin and Sammy Davis Jr. — among others.

Armstrong’s musical offerings — which included Sinatra’s “Just the Way You Look Tonight” and Martin’s “Everybody Loves Somebody Sometime” — were interspersed with Rat Pack-style patter, some from the king of one-liners, Henny Youngman.

“A doctor gave a man six months to live,” Armstrong said, channeling Youngman. “The man couldn’t pay his bill, so he gave him another six months.”

After that, Armstrong sang what he called Sinatra’s tribute to Youngman’s brand of humor: “That’s Life.” 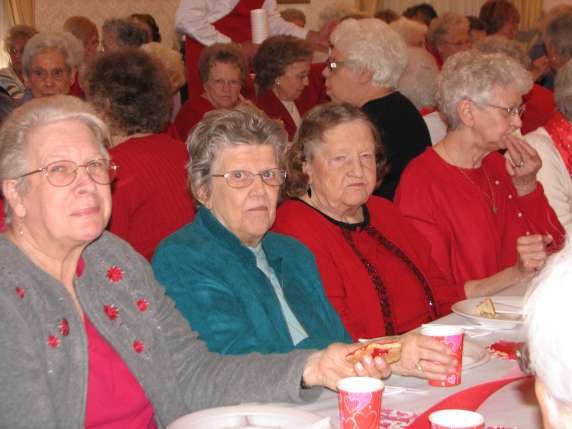 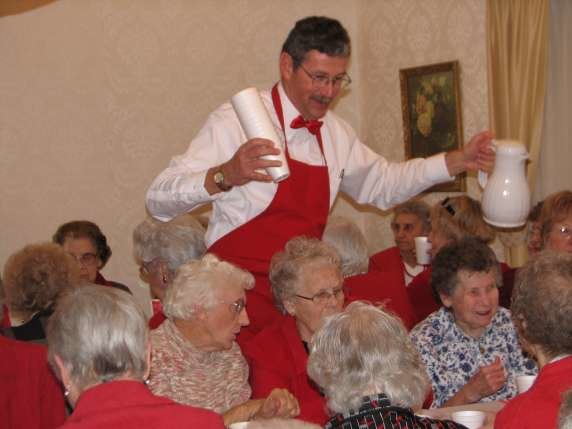 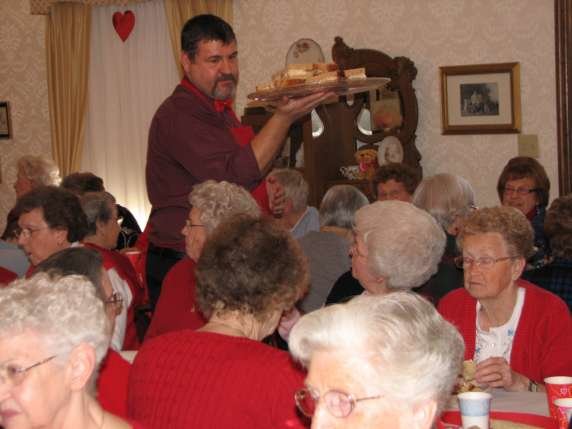 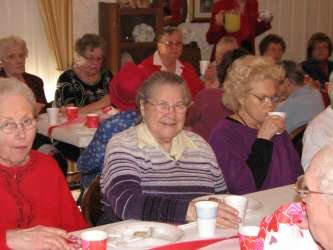 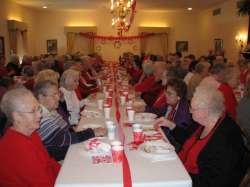 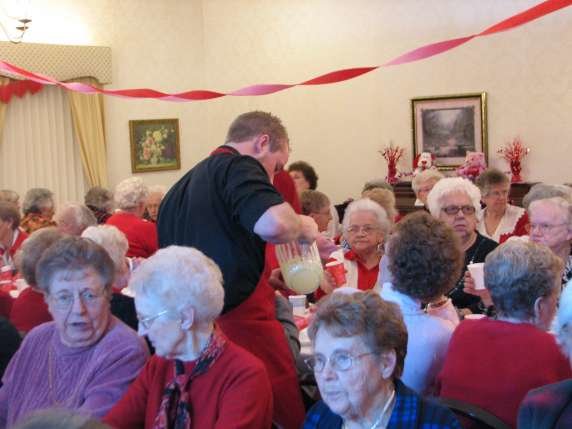 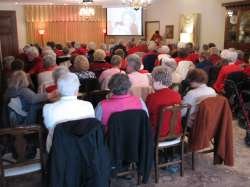 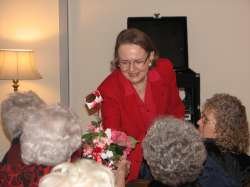 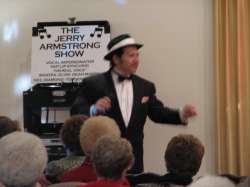 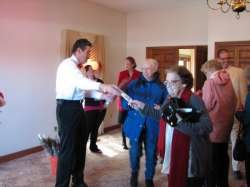 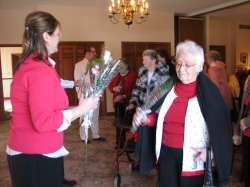 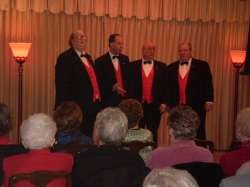