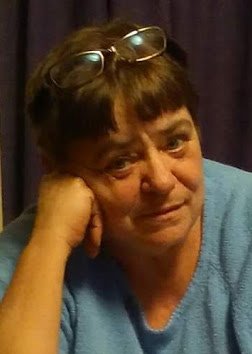 Jeannie E. Staley, 63, of Muscatine, passed away on Friday, September 27, 2019, at Trinity Rock Island.  Funeral services will be 11:00 a.m. on Thursday, October 3, 2019, at the Geo. M. Wittich-Lewis Home for Funeral and Cremation Services.  Interment will be in Muscatine Memorial Park Cemetery.  Visitation will be held on Wednesday, October 2, 2019, from 4:00 p.m. – 7:00 p.m. at the funeral home.  In lieu of flowers, a memorial fund has been established at the funeral home in memory of Jeannie.  Online condolences may be left at www.lewisfuneralhomes.com.

Jeannie Emma Mayfield was born on September 25, 1956, in New Boston, Illinois the daughter of Charles Gilbert and Barbara (Hines) Mayfield.  On October 6, 1972, Jeannie was united in marriage to Dennis Staley.  She worked at Walmart for many years as a department manager, then worked at Trinity Muscatine and was also a homemaker.  Jeannie enjoyed visiting the casino, playing bingo and card games, making cakes, including wedding cakes, playing on the computer and she loved her coffee, but most of all, she loved to spend time with her family and friends.

Jeannie was preceded in death by her parents and three brothers, Mark Mayfield, John Mayfield and Lee Mayfield.

To send flowers to the family or plant a tree in memory of Jeannie Staley, please visit Tribute Store
Print
Wednesday
2
October

Following the committal services at the cemetery, a time of food and fellowship will be held at the Rose Bowl Bowling Alley.
Share A Memory
Send Flowers
Plant a Tree