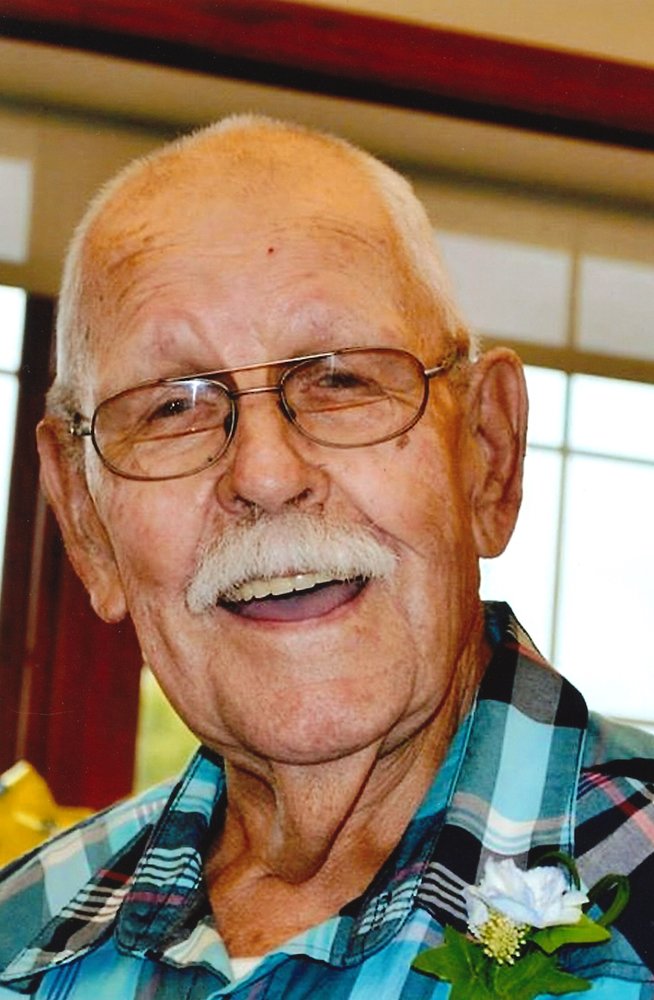 Jim Thompson, 86, of Letts, passed away Saturday, October 5, 2019, at Heartland Health Care in Moline.  Visitation will be Sunday, October 13, 2019 from 2:00 P.M. to 5:00 P.M. at the Geo. M. Wittich-Lewis Home for Funeral and Cremation Services, Muscatine.  Service will be Monday, October 14, 2019 at 11:00 A.M. at the Letts United Methodist Church.  Burial will be in Letts Cemetery with military rites.  Immediately following the burial, a time of food and fellowship will be held at the Letts Community Center.  A memorial fund has been established at the funeral home in Jim’s name.  Sympathy notes may be left at www.lewisfuneralhomes.com.

James Burton Thompson was born on December 31, 1932, in Ottumwa, Iowa, the son of Arthur and Mary (McCoy) Thompson. Jim graduated from Muscatine High School.  He served his country in the United States Army during the Korean Conflict.   On September 27, 1953, Jim was united in marriage to Frances Stender in Muscatine.  He was a postal carrier and later Post Master for Letts until his retirement in 1988.  Jim then drove truck for Bell Ready Mix in Columbus Junction.  Jim was an active member of the Letts United Methodist Church, serving on the church board.  He was active in the Boy Scouts, serving as a Scout Master, and a committee member on the council and district committee.  He was also on the Girls Scouts Board of Directors. Jim was a member of the Order of the Arrow, a past Master for the Masons and a charter member of the Grandview/Letts Lions Club.  He served on the Letts Volunteer Fire Department for over 50 years.

Jim was preceded in death by his parents; wife; and a sister in infancy.

To send flowers to the family or plant a tree in memory of Jim Thompson, please visit Tribute Store
Print
Sunday
13
October

Following the burial, a time of food and fellowship will be held at the Letts Community Center
Share A Memory
Send Flowers
Plant a Tree